It’s Show & Tell Day in Kayli’s class and also in Puffville! At the end of this fun day, Razor the Rock Star Puff is going to put on a concert for everyone in Puffville but the Naughty Puffs plan on bullying him and ruining the show. Can the children and Puffs stand together, stop their bullying and save the concert? Find out in The Show & Tell Rock Concert! 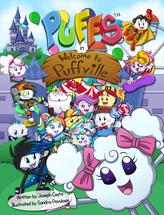 Layla Puff and the Land of Letter Pals

Two brand new Puffs arrive in Puffville but they don’t know their ABCs! Follow Layla Puff and her new friends as they go on an exciting journey to learn the alphabet! Be part of the adventure with Layla Puff and the Land of Letter Pals! 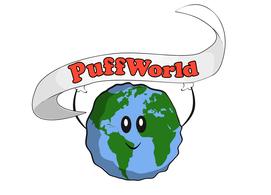 Dr. Dreadful wants to prove to the world that Puffs exist and he'll do anything to prove it including destroying Puffville! Will the Super Puffs be able to stop him? Find out in this first action packed issue made BY and For Puffs! Voted #1 comic in Puffville! Including advertisements for products and television shows that are only available in Puffville! 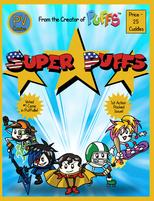 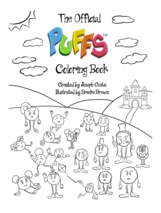 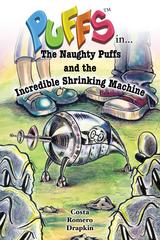 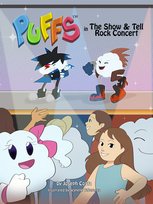 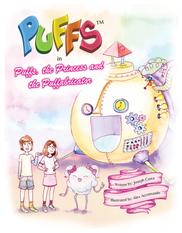 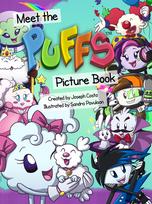 ​The Naughty Puffs and the Incredible Shrinking Machine

Zack and Kayli are headed to a carnival in Puffville. The only way to get in is to be shrunk down by the Incredible Shrinking Machine. Once inside, the Naughty Puffs steal the machine leaving Zack and Kayli unable to return to normal size and go home. The Naughty Puffs learn that you have to be responsible for your own actions and possible consequences.

Now you can color and design your own Puffs with The Official Puffs Coloring Book! * *Crayons and imagination not included.

Now you can meet and learn about all of your favorite Puffs in Puffville! Learn fun facts, bios, favorite quotes, hobbies and much more in the Meet the Puffs Picture Book! 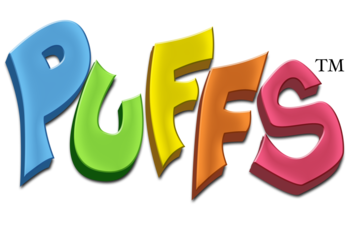 Puffs, the Princess and the Puffabricator

Ever wonder where Puffs come from? Will Puffville ever have a Princess? What is the Puffabricator? Children learn that you never have to be jealous or envious of anyone because everyone brings something very special into this world. Join Layla Puff, Zack and Kayli in this wondrous, adventure story titled, Puffs, the Princess and the Puffabricator to find out!

​  A special edition Holiday book! This charming story written in rhyme will delight children of all ages. Children and the Puffs learn a beautiful lesson about the holiday season. Spoiler Alert:  It's NOT just about getting presents! This book also introduces our new characters, The Naughty Puffs! They make it easier for children to learn right from wrong.

Layla Puff and Zack & Kayli live in two separate worlds. When they each lose their dogs and cannot find them, they all realize they are going to need help to bring them home safely. Will Puffs and humans be able to put aside their fears of each other and unite and become friends? Will they find their dogs? See what happens when teamwork, inclusion and new friendships form in this first book in the Puffs children’s book series, Welcome to Puffville!